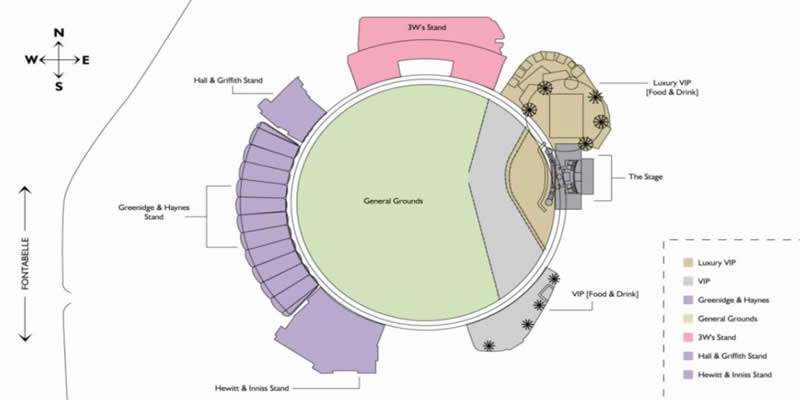 Capacity: 28,000The Kensington Oval is a stadium located to the west of the capital city Bridgetown on the island of Barbados. It is the pre-eminent sporting facility on the island and is primarily used for cricket.
Sell England vs West Indies 1st T20I Tickets

But while there is a willingness to return the favour in the near future, the practicalities are demanding. CWI seems content to recoup the favour in March 2022. While England are currently scheduled to play two Tests and three T20Is on that tour in, it seems likely it will be extended to include a third Test. CWI also hopes that, by then, crowds will be back and the islands chosen to host the games will benefit from an influx of British tourists.