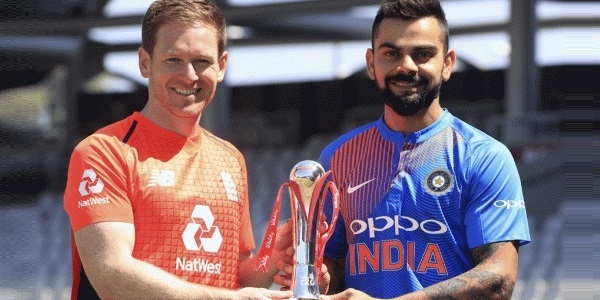 Warning: mysql_num_rows() expects parameter 1 to be resource, boolean given in /var/www/vhosts/xchangetickets.com/httpdocs/manager/objects/CategoryManagement.php on line 976

Originally, England were scheduled to tour India in September and October 2020 to play the ODI and T20I matches. However, after the 2020 ICC Men's T20 World Cup was postponed by one year due to the COVID-19 pandemic, the 2020 Indian Premier League was rescheduled to be played in its place. The England and Wales Cricket Board (ECB) confirmed the changes to England's tour in August 2020. On 20 August 2020, Sourav Ganguly, president of the BCCI, said that India would host England to fulfil their Future Tours Programme (FTP) commitments.

The prospect of India facing England in the UAE this winter has moved a step closer.

Jay Shah, the secretary of the Board of Control for Cricket in India (BCCI), announced on Saturday that a memorandum of understanding had been signed between them and the Emirates Cricket Board (ECB).

Khalid Al Zarooni, the vice president of the ECB, and Mubashshir Usmani, its general secretary, met with Shah and Sourav Ganguly, the BCCI president, at Dubai Sports City ahead of the start of the IPL.

Details of the "hosting" agreement are yet to be announced, but it could mean the emirates staging the planned series between India and England on the BCCI’s behalf, as a result of the Covid-19 situation.

"I along with vice-chairman of the ECB, Mr Khalid Al Zarooni, signed a MoU and hosting agreement between [the BCCI] and [ECB], to boost cricketing ties between our countries," Shah wrote on social media.